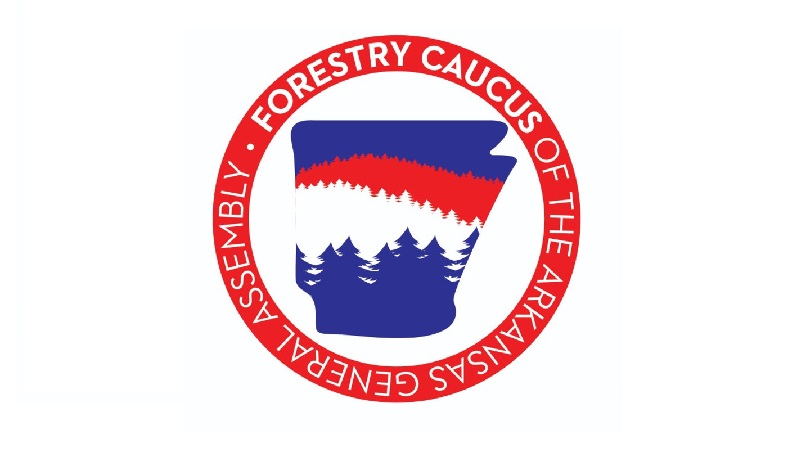 “I am encouraged by the many legislators who have decided to join the Forestry Caucus. Forestry plays a significant role in Arkansas’ economy, especially in our rural communities. It is critical we advance policies that will help our state’s most important industry, forestry. This past session we were able to advocate for the creation of the Center for Forest Business at the University of Arkansas at Monticello’s College of Forestry, Agriculture, and Natural Resources,” Senator Gilmore said.

Upon the creation of the Forestry Caucus, Representative Beaty stated, “It is past time we have a Forestry Caucus that will look toward passing more legislation to help economic development efforts and expand the growth of our forestry sector in our state. Arkansas’ forests cover 18.9 million acres, or 56 percent of the state, and have more than 1.2 billion tons of standing timber.”

Other leaders in the forestry industry weighed in on the creation of the Forestry Caucus.

“As the only forester in the United States Congress, I understand the importance of well-managed forests and their impact on our environment, our community, and our economy. Forestry is a vital industry in the great state of Arkansas, and I am glad the Forest Caucus will provide an avenue for the state legislature to discuss the economic and environmental impacts of proper forest management, the need for sustainable forestry, and innovative ways to incorporate forest products into daily life. I am grateful for the efforts of State Senator Ben Gilmore and State Representative Howard Beaty to bring this caucus to life, and I am confident this will be a valuable forum to discuss policies that promote working forests, our nation’s number one renewable resource,” U.S. Congressman Bruce Westerman said.

“Our state’s forestry industry ranks third in the nation and annually contributes nearly $5 billion to the Arkansas economy, making it an incredibly important part of our agriculture portfolio. We look forward to working with policymakers to expand an industry so crucial to our state,” President of Arkansas Farm Bureau Rich Hillman said.

More than 300 cases of child abuse in three months