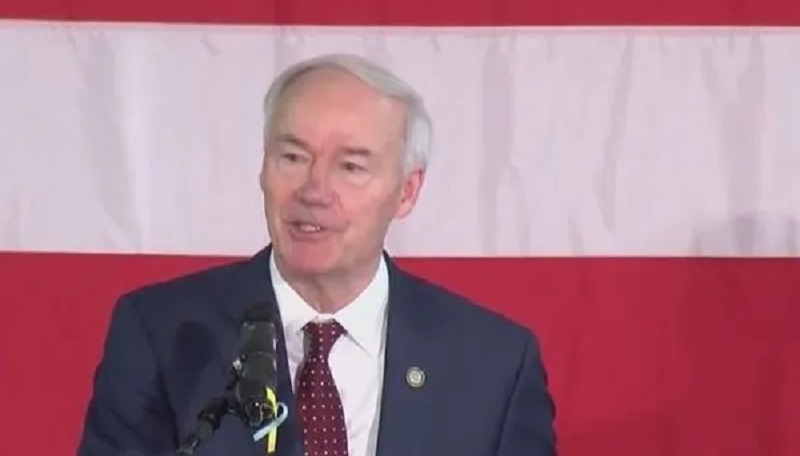 Camden, Arkansas — Governor Asa Hutchinson and other speakers thanked the Arkansas aerospace and defense workers for their work building weapon materials for Ukraine in their fight against Russia, Monday on the campus of Southern Arkansas University Tech.

“We save lives with what we’re doing in Camden,” Hutchinson said.

They’re building and sending materials for missiles, warheads, even MIG-29 warplanes that will end up in Ukraine and be used to push back Russia’s relentless attack.

“Everyone here has a hand in the fight against Ukraine,” Arkansas Secretary of Commerce Michael Preston said. “Arkansas always punches above its weight class.”

“We don’t have to engage militarily. What’s the difference between supplying Javelin missiles and supplying MIG-29 planes?” Hutchinson asked. “We’re supplying material for this country to defend their sovereign territory and their freedoms and to save innocent lives.”

Dr. Kateryna Pitchford teaches at Arkansas Baptist College and has family and friends still in Ukraine had the chance to speak and thank the workers on stage that ended with a standing ovation.

“Thank you for empowering Ukrainians. Thank you and glory to Ukraine.”

Grievances against Pine Bluff School District for back pay

Arkansas job growth up 1.9% in January