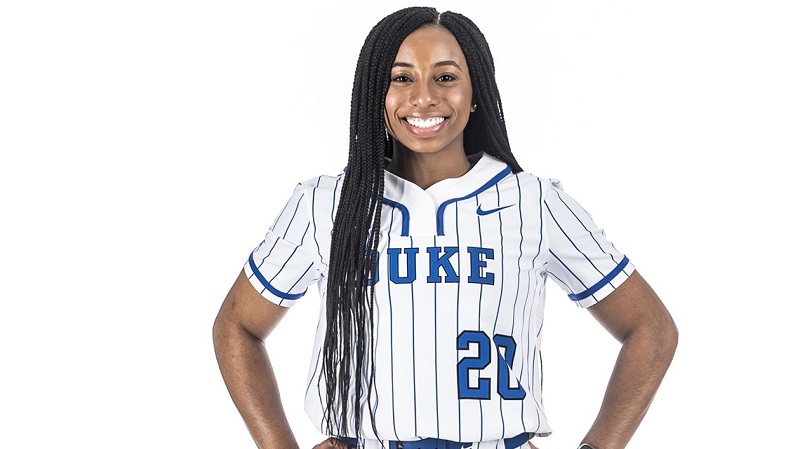 Fayetteville, Arkansas – On Saturday, Arkansas softball head coach Courtney Deifel announced the addition of infielder/utility player Kristina Foreman, a graduate transfer from Duke, to the program. With one year of eligibility remaining, Foreman will be immediately eligible.

“We are absolutely thrilled to welcome Kristina,” said Deifel. “She is a proven competitor that has performed and produced at an elite level through her time at Duke. She brings a great deal of experience and power to our already dynamic lineup. On top of that, she is an incredibly impressive student and leader, and there is no doubt she will make an immediate impact on our program.”

Foreman was a staple in the Blue Devil lineup, drawing 165 starts in a four-year career, primarily at second base, and powered the second-place ACC squad to its first Super Regional in 2022.

Foreman started all 48 of the games she played in, earning her NFCA All-Southeast Region Second Team and All-ACC Second Team recognition this past season.

After posting 56 this past season, Foreman holds Duke’s single-season RBI record. She became the first Blue Devil to be named to two consecutive ACC All-Tournament teams after a stellar performance tabbed her to the 2022 team.

Coming out of Berkeley Preparatory School, Foreman put together a .500-plus clip in each of her four seasons and capped her career by being named the team MVP and BPS Female Athlete of the Year.