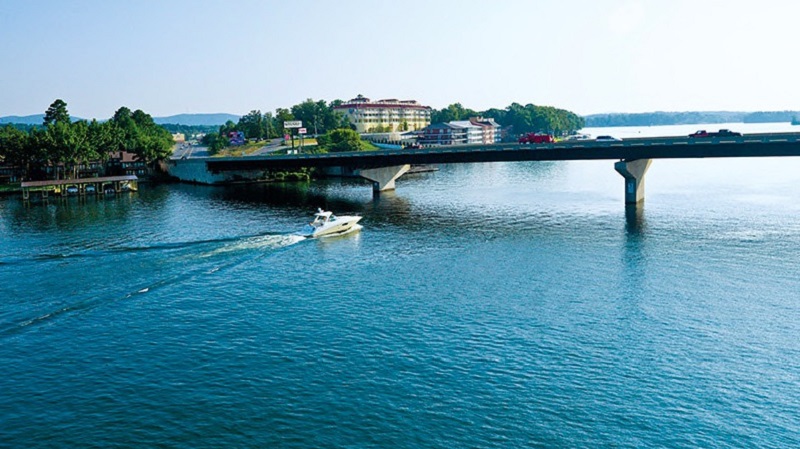 Hot Springs, Arkansas – For Lake Hamilton and Hot Springs’ Lake Catherine, the annual drawdown begins on Nov.1 each year, with the refill of both lakes taking place between March 1-8.

Kevin King has been doing due diligence since moving there 3.5-years ago, even without the drawdown. King’s been making sure to clear any debris and trash that he finds along with Lake Hamilton.

This year he had an idea to get others involved as King doesn’t like seeing any type of litter.

“I did something to maybe see if we can find some like-minded people. I posted like a fake-fishing tournament,” King said. “Take a picture of what you can find in bags, post it here, and then within a couple of hours people were posting.”

Neighbors were able to share the trash they found and if no one picked it up once he posted the challenge idea on an application called Nextdoor, so he knew where to find it to ensure clean-up happened all around the lakes.

Volunteers would find trash in and around the lake and place them in trash bags to be picked up by Hot Springs County Solid Waste.

According to Entergy, drawdowns are something that happens every year for boat owners with permits. It allows those boat owners to work on their socks, sea walls, and slips that are needed for safety inspections.

Drawdowns are also ecofriendly as it benefits aquatic weeds found near the shoreline, allowing them to freeze over before Spring.

King wants to do his part and wants to ensure his neighbors to do the same– cleaning up their trash and helping make sure things stay clean.

“I walk this area, my cove in Garvan Gardens. I pick up the debris that I find,” King said. “It’s a beautiful area and I would just hate to just have the debris collect year after year,” said King.

King wanted to send a reminder that there’s a way to limit the trash before the lake refills. He’s happy others joined in on his ‘clean-up’ challenge to keep their community clear of litter.

“If you wanted to do something even cooler than picking up trash, just keep an eye on your stuff and your boat. Most of what I pick up is stuff that flies off a boat or out of the back of a truck,” King said.