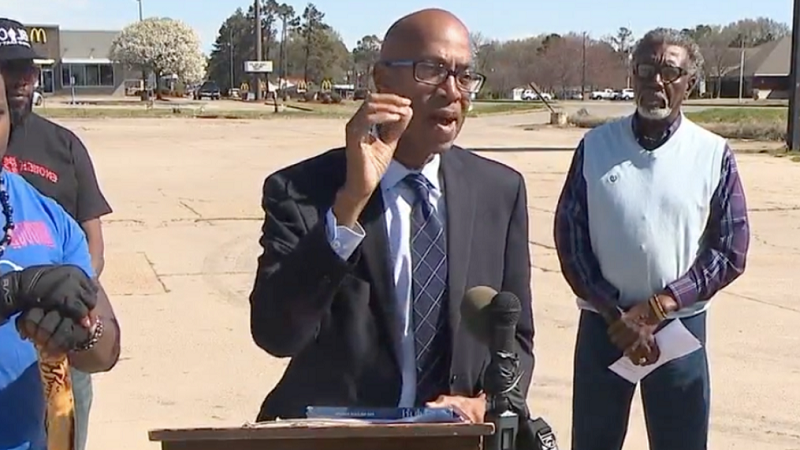 Dumans, Arkansas – Community leaders say something needs to change as a response to the shooting in Dumas that injured 27 and killed one.

“This wakeup call cannot be put on snooze,” said Reverend Arthur L. Hunt Jr. “If we put it on snooze, we lose. I see Dumas accepting reality.”

On Friday, gathering at the location of the Hood-nic event, they hope that certain strategies can prevent it from happening again. “Let’s work together to solve the seemingly impossible challenges we face. I have the faith that we can do it,” said Democratic candidate for governor, Chris Jones.

Community leaders are calling on Senator John Boozman to re-implement a community-based initiative used by the U.S. Department of Justice in the early 2000s. “It’s called the weed and seed strategy,” said Reverend Jesse Turner. “Weed and seed mean to weed out crime and seed in community programs.”

If events like Hood-nic were to ever take place again, Hunt says there needs to be a change of messaging and strategy. “I’m going to tell you like it is. Dumas is going to have to rebrand itself,” he said. “You can’t come out with a Hood-nic brand and think people in the hood don’t understand what that code is all about. You’ve got to be able to oversee this. You’ve got to be logistical in your strategic planning.”

According to Hunt, Dumas lacks in community programs but continues to have faith that young people can be reached. “From Dumas, we have a plan, and we want to see it to fulfillment,” he said.