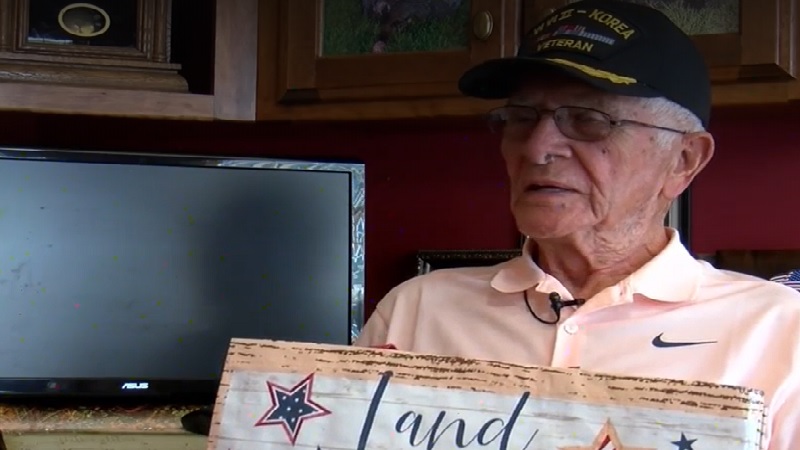 This year, he put out 24, and overnight they were stolen. Last Sunday, the community came together and when he returned from church, he had 80 flags in his yard.

He was overwhelmed by the kindness of the community., he said. “I got tears in my eyes… and I just stood there and I thought, I don’t know if I can handle this or not you know,” said Davis.

Davis said he wants to share his story, in hopes that this won’t happen again. “I think this might help our city be more respectful of the American Flag,” stated Davis.

He lived through the Great Depression and fought in World War II as a combat engineer. He comes from a military family, and every man – starting with his father – has fought in every war since World War II, Davis said. He stated that even some of his brothers made history. “I mention in my book, Brothers Four, that my brother Ed flew a B26 bomber, and it sits in the Smithsonian today,” said Davis.

To tell the story of his life experiences, he published two books. He said, he is ready to celebrate and remember his time serving, his family’s time serving, and all of the memories that surround this holiday.