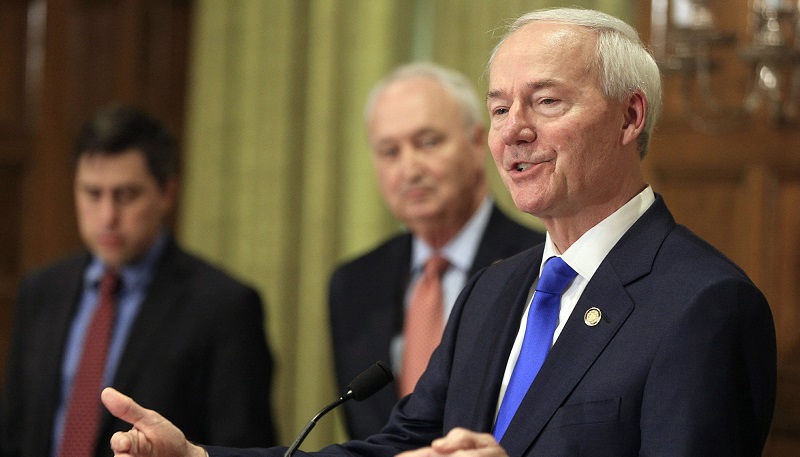 Little Rock, Arkansas — After 27 people were shot, killing one at a community event in Dumas on March 19th., violent crime in Arkansas continues to be at the forefront of discussion.

Governor Asa Hutchinson is now addressing what can be done to prevent a tragedy like this from happening again. “The first thing is how you feel about it, but you think, ‘Did the system break down anywhere?’ and that’s what you continue to explore,” he said.

According to Hutchinson, the system includes law enforcement and community policing. He recently signed into law additional funding for both state and local law enforcement, noting they are actively recruiting more Arkansas State Police troopers to aid in the effort.

Hutchinson says it plays a big part in the reduction of violent crime, adding, “The response we should have is vigorous enforcement of the law. We have to make sure that we are incarcerating violent individuals that will go out and commit other crimes to an extent we can anticipate that.”

Adding it’s also the job of the judicial system to keep these criminals locked up, it’s the reason Hutchinson announced a nearly 500-bed prison expansion earlier this year.

He said, “We’re not soft on crime, but we do want to make sure that we have a system that keeps them long enough that we hold those violent offenders, we have space for them.”

Mayor Frank Scott Jr. provided federal funding to community organizations already doing the work as a response to violent crime, specifically in Little Rock. According to Hutchinson, he believes the initial approach, “Starts with enforcement.”

“The first principle of stopping crime is to enforce the law across the board and hold people accountable,” he said. “Then beyond that, certainly, whether you’re looking at young people and our teenage offenders are some of the problems that we have out there, you’ve got to make sure the system works and that you do what can to make sure they have options in life.”

According to Hutchinson, that’s the responsibility of the city government to invest in their local communities. He wants Arkansans to feel safe, adding, “We face challenges like any other urban area, but we’re going to do everything we can to make sure that it’s safe.”

Sickle cell blood drive campaign during the month of April