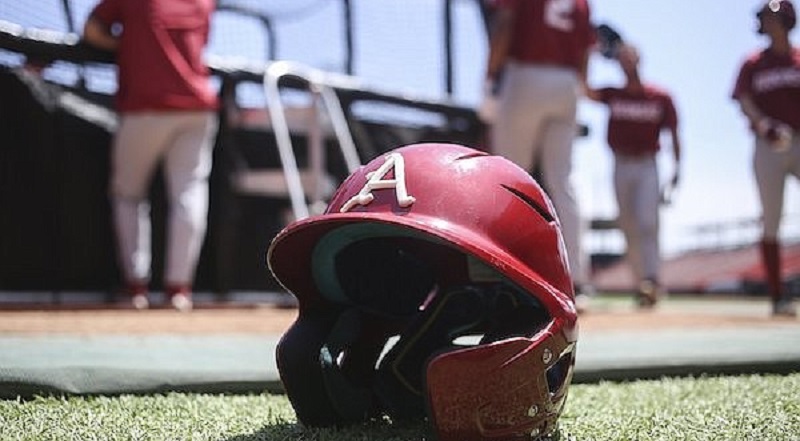 This makes it back to back years they’ve made it to the supers and fans couldn’t be happier.

“I enjoyed every minute of it until about the eighth inning,” longtime Arkansas super fan Peggy Yielding said. “Then it got a little stressful. Hahaha.”

After the game was over, “Oh woo pig sooie. They went back to being the Hogs we love,” Yielding added.

Almost all the other major Arkansas sports teams have been great this past season.

“It’s fun to watch,” Yielding said. “That’s what I do, watch sports haha.”

There have only been a handful of times she can recall the whole hog pen being this good in all Peggy’s life of being a Hog fan.

“The Eddie Sutton years, Norm DeBryin, and the Frank Broyle years,” Yielding said. “I don’t know if they were ever all together. If so, that was good. There’s always been good Razorback ball. Always.”

In the Super Regionals starting Saturday, June 11 at 10:00 a.m. on ESPN, Arkansas will travel to Chapel Hill to play the North Carolina Tar Heels.

Alligator spotted on US Highway 65 in Desha County