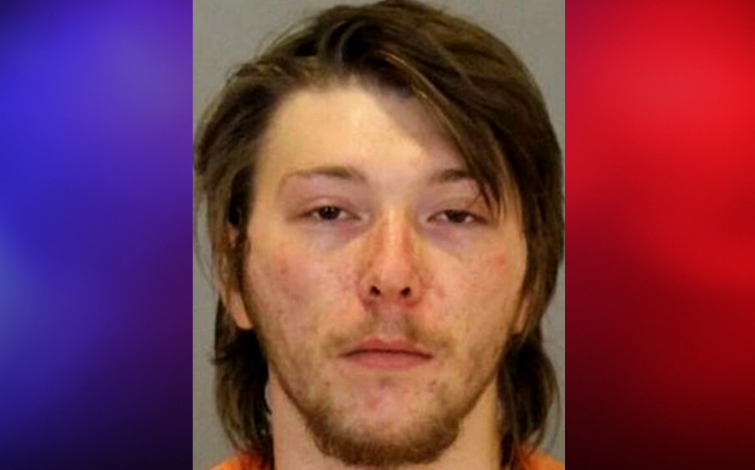 Young mother and father were arrested and charged with child neglect after the authorities found out that their eight-month-old daughter was beaten by the father resulting with fractured skull and significant swelling on the right side of her head, while the mother new about the incident, but did nothing to stop him and even lied to the police.

According to TheSarpyCounty.com report, Nebraska local news outlet covering the city of Omaha and Douglas County, the infant was hospitalized with several injuries back in November last year. When questioned by the local authorities, the mother, identified as the 24-year-old Dakota Vick, and the father, identified as the 23-year-old Theodor Hurt, both of Omaha, Nebraska, said the infant suffered the injuries after she fell off the bed twice while the parents reportedly tried to change her a diaper.

The baby girl underwent detailed examination in the hospital and the doctors were able to determine she suffered “a skull fracture and significant swelling on the right side of her head.” The girl was treated in the upcoming period and fortunately, she was expected to fully recover in the upcoming months.

But the examination results were enough for the Nebraska authorities to arrest the father and question him once again. In the father’s second interview with the police late November, just days after the incident, he completely changed his initial story and admitted beating his daughter the day she was brought to hospital.

According to Hurt, “he became frustrated with his daughter for crying while he was trying to play video games and drink shots with his virtual friends online.” In frustration, Hurt said that he took the child upstairs and threw her into a travel crib set so hard that her head hit the wall.

Hurt even went further demonstrating to the authorities how he had done it. Describing the incident, Hurt added his baby daughter was fussier than usual that day because she reported skipped a nap which made her crying all the time. Once he realized what he did, he started crying, but it was already too late.

He was jailed in November and charged with child neglect. Since his arrest, he pleaded guilty, court documents indicate.

The mother of the baby initially backed the father’s story up in his first interview with the authorities. However, the investigators learned that the mother probably knew about the incident, but for some reason decided to cover the father. She was arrested last week and admitted to witnessed the incident, but was afraid to confess what happened because her husband didn’t handle the situation the proper way. She was also charged with child neglect.

The couple are parents of five minor children aged 8,6,4 and 2 years, and the 8-month-old girl. Once their mother was arrested last week, the children have been placed into state care.

As of writing of this article, the mother is yet to enter a plea. She and her husband are both jailed with bails set at $82,500 and $25,000, respectively, according to Westport News.