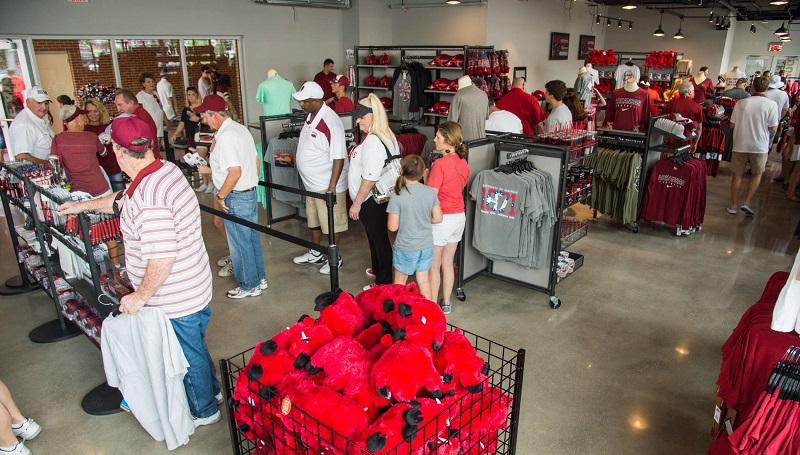 Since 1989 Hogman’s has been around. It’s a part of the Razorback legacy when Nolan Richardson’s Hogs won the National Championship in 1994.

With excitement at a high, owner of Hogman’s, Steve Jenkins is seeing fans flooding in to get gear. “It’s fun when you’re winning and the customers come in and they’re excited, they’re looking for new items, unique items,” said Jenkins.

Among many popular items in the store, the newest and best-selling design is the “Muss Bus” shirt.

Due to the supply chain issues, some items may take longer to get back in stock after selling out.”Stuff is coming in. Some of the things like jerseys can be a problem with just one vendor and so it makes it tough, but we’re making it and we’re keeping the shelves stocked,” said Jenkins.

If the Razorbacks succeed in the Sweet Sixteen… you can rest assured knowing that Hogman’s will have you covered. “So, we’ve already placed what’s called ‘if-when orders.’ So, those orders will be printed and shipped if we know that we win,” said Jenkins.