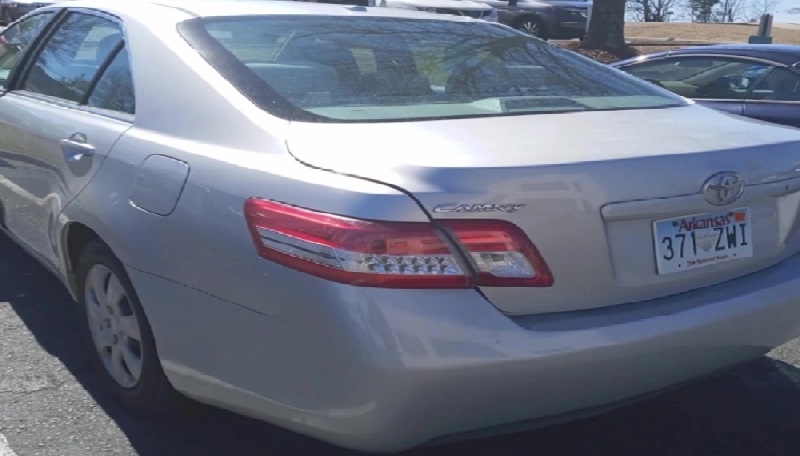 Little Rock, Arkansas – A Lyft driver was nearly choked to death by a rider last week. His car and phone were also stolen.

For more than three years Godwin Ohani has worked for Lyft. He’s given nearly 6,000 rides and has a 5.0 rating, the highest possible given to a driver.

According to Ohani, he picked up a passenger shortly before 10 p.m. March 5 on Community Rd. in Little Rock. The rider, called “T” in the Lyft app, did not say anything to Ohani until they reached the listed destination, a Taco Bueno on Mabelvale Plaza Drive. “He said, ‘Keep driving,’” Ohani said. “Then he slid right behind the driver’s seat.”

The passenger then began to choke him, Ohani said. “He grabbed here from behind, used his left hand to tighten his right hand on my neck against my headrest.”

According to Ohani, he tried to struggle, but the angle made it difficult to break free. He passed out and woke up in the Taco Bueno parking lot, where an employee ultimately called 9-1-1. His phone and car were both gone. “I’ve gone to the hospital twice,” Ohani said. “I’ve been diagnosed with an aneurism, concussion, blood in my eyes.”

Ohani tracked the location of the stolen phone, using another phone. “A woman found it on the side of the road in Conway and gave it to the police,” Ohani said.

According to an incident report Little Rock Police are investigating. On Saturday, the lead detective did not respond to a phone call. A Lyft spokesperson provided KARK with a statement. “Safety is fundamental to Lyft. The behavior described is absolutely unacceptable and we’ve permanently banned the rider from our platform. We’re in touch with Mr. Ohani to offer our support and stand ready to support law enforcement with any investigation.”

The Lyft app does not require riders to provide the same detailed identification information as drivers, Ohani said. He said this puts drivers at risk and makes investigations harder. “If this guy has identity information, by now we should’ve known his address, where he works or where he could be,” Ohani said.

According to Ohani, “T” is a young, muscular Black man. He disguised his voice during the ride. The stolen car is a silver 2011 Toyota Camry with the license plate 371ZWI. “You can’t take the risk of killing somebody because you want to steal their car,” Ohani said. “How much is a car? If you work hard, you can buy one in three weeks.”

Ohani said the man who attacked him should “repent.” “He should do something positive with his life,” Ohani said. “That’s my message for him.”