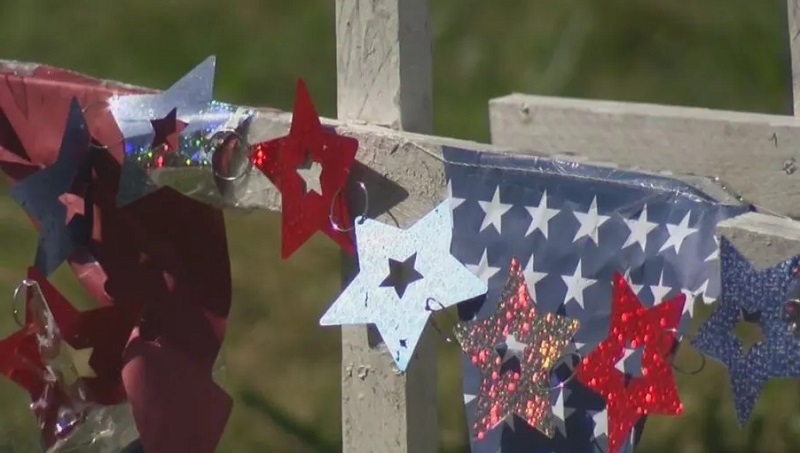 Little Rock, Arkansas – One street corner in Little Rock is serving as a reminder of all those we have lost as our nation continues to be plagued by gun violence.

“Say Stop the Violence” has created a mock cemetery on the corner of Daisy L. Gatson Bates Dr. and Dr. Martin Luther King, Jr. Dr., with each cross representing a victim of gun violence.

Two more names were added to the field on Friday morning: 7-year-old Chloe Alexander, who was killed by gunfire on Memorial Day weekend in Little Rock, and one cross representing the 21 lives lost in Uvalde, Texas.

According to Derotha Webb Mcintosh, organizer of the prayer vigil, the fake graves are meant to serve as a reminder and encourage families to talk with their kids about other solutions besides violence.

“They emulate and act out their environment,” Mcintosh said about kids continuing the cycle of violence. “So, they see ugly, they do ugly.”

Prayers were said over the markers asking for an end to gun violence and encouraging anyone who needs help to reach out and find a different route.