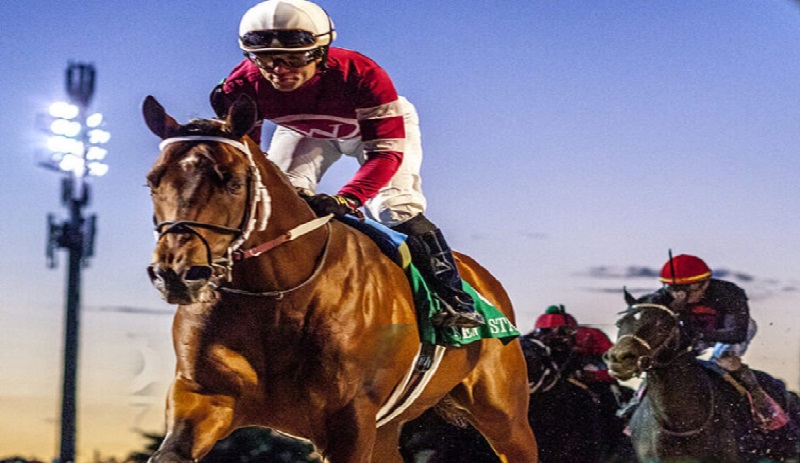 Hot Springs, Arkansas —For John Ortiz, and others that were at Oaklawn, Saturday was a huge day.

“This is a game built on hopes and dreams, and right now I’m living the dream,” Ortiz, an Oaklawn trainer said. “The end game is to be in the Kentucky Derby, but for right now we’re just going along for the ride. I’m enjoying it.”

“Hopefully today we get both ends of the deal here, and get it done,” Ortiz said.

For Oaklawn, it’s also a huge day, and by proxy, Hot Springs. They’re well aware of just how important today’s race was.

“The stars of the sport, it’s a big deal for them to come to Hot Springs. This is the race that really puts them in a very solid spot. This race would more than likely secure a horse in that spot in the starting gate for the Kentucky Derby,” Nancy Holthus, Paddock Analyst for Oaklawn, said.

As these races have continued to go up in both recognition and payout, that brings even bigger names, and in turn even more people.

“We do raise the purses, and it’s an aspiration for those bigger names and those bigger horses to come compete,” Holthus said. “We say that the road to the Kentucky Derby and the Triple Crown comes right here. It starts right here at Oaklawn.”

Holthus isn’t the only one who understands that – Ortiz does too. He’s been at Oaklawn for almost a decade now, but there are other aspects that keep him here.

“The racing scene here is fantastic. There’s so much to do outside of the racetrack. You go outside, you got the lakes, there’s plenty of natural beauty here. I love it,” he said.

While Ortiz spent Saturday rooting for his horse, Barber Road, he loves seeing the city he’s worked in for near a decade grow.
“It’s a big deal to have these kinds of races, to be part of these races myself. It just puts you on the map, you’re recognized,” Ortiz said. “We’re making history, that’s what we’re here for. We’re making history.”