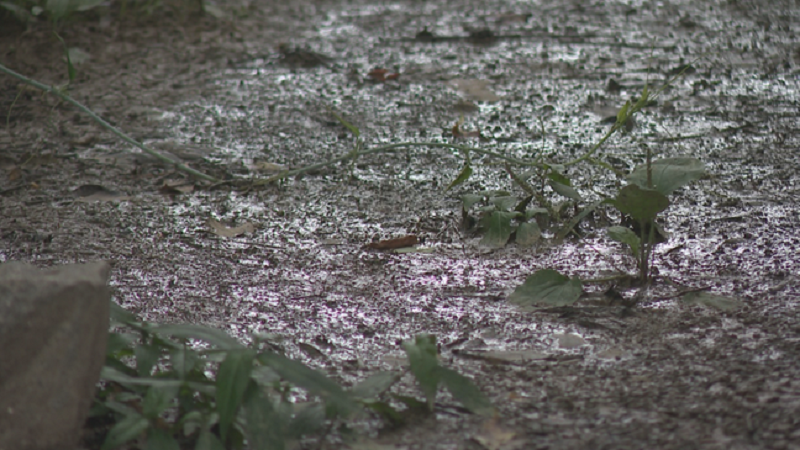 Little Rock, Arkansas – A Little Rock apartment complex is experiencing a sewage line issue. According to the corporate office for Spring Valley apartments, they thought the sewer-like smell issue was resolved a few weeks ago, but the problem become bigger than expected.

According to Ryan Mattie, Vesta Realty’s vice-president of operations, they’ve been dealing with plumbing issues behind two buildings. The issue was first discovered earlier this month about a flood coming out of the back of those buildings, Mattie said.

“This is the first time that we’ve had a problem that has led to us having to come back and then have to dig,” Mattie said.

According to Mattie, they contracted a plumber but the concerns didn’t get resolved the first time around. “They came in rescoped and put another camera down there and couldn’t find any big breaks in the line, they imagine there is one out of camera view,” he said.

Roderick Hopson said he’s been a resident at Spring Valley apartments for three years. He said the sewage smell became a problem a year and a half ago. “You can’t sit on your porch or enjoy the common area or anything like that because of the smell so you don’t wanna be outside,” Hopson said.

The apartment complex management did resolve the issue recently, but other neighbors have complained in the past, Hopson said. “Not personally but I mean we’ve had other residents say something about it, because I’m pretty sure someone in this building has said something,” Hopson said.

According to Mattie, they are working with the plumbing company to come up with a more permanent solution. He said the standard protocol is anything that is considered black water is an emergent situation where a contractor has to be contacted immediately. He also said they apologize to the residents for any inconvenience. “We would happily transfer someone onsite to a different unit to make sure that they’re going to be accommodated and their health is the number one priority,” he said.

According to Hopson, his concern is for the children who play near the sewer-like area. “We have kids that are playing out here right now, they might not know what it is, they probably think it’s a mud pool or something and they can get sick by playing in it,” Hopson said.

The first visit from the plumber cost $523, but they expect the long-term costs will be more than $6,500, Mattie said. He also said they also reinvested more than $20,000 into fixing the plumbing solutions on their properties.

New plan aims to increase teacher pay by $4000 in Arkansas