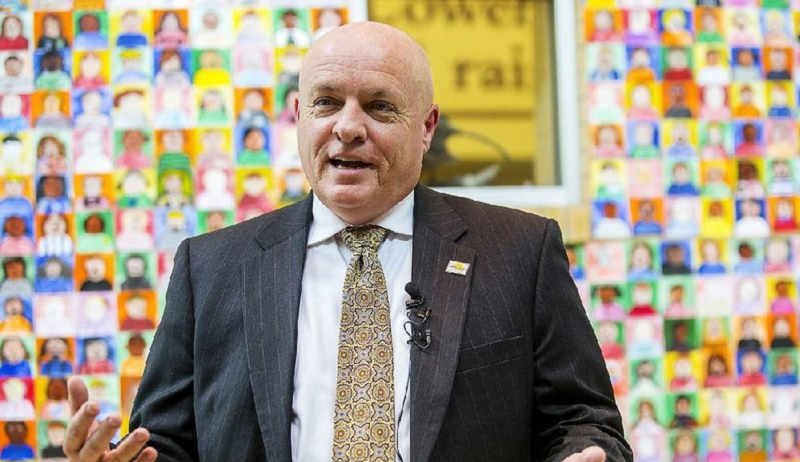 Little Rock, Arkansas – Superintendent Michael Poore, who many believe has been an important asset to the growth and success of the district, was honored by The Little Rock School District.

In 2016 Poore became the superintendent of the Little Rock School District and was named Superintendent of the Year in 2021 by the Arkansas Association of Administrators. Last year, he announced his retirement, and will officially pass the position to Dr. Jermall Wright this summer.

Teachers, students, and administrators from various schools in the district cheered him into retirement with a parade, performances, and heartfelt videos compiled of those whose lives he has touched. According to Michael Poore, it was a celebration that he will never forget.

Sandrekkia Morning, the Little Rock School District Board Director, shared her experience working with Superintendent Poore. “When I came in as a community advisory board member he made me feel so welcome and throughout this whole process of him being superintendent, I’ve admired his ability to bring people together to make them feel included so his leaving is… I’m happy for him and excited for his new journey but it’s also sad,” Morning said.

Poore was overwhelmed with emotion when he shared that one of the most touching memories was realizing that he was superintendent of Little Rock Central High School, which is historic not only for Arkansas but the country. “I just feel like my whole being is about ready to explode. In my heart and my head in particular because… It’s such an outpouring, from our community and it makes me proud of who we have been and who we are. As a part of the Little Rock School District,” Poore said.

Last 6 years Poore dedicated to implementing “The Power of Us”, which is the district’s belief that when they work together, amazing things can happen. “I get emotional with that because um, you know we really have done a lot and you know… I think that it was kind of a right place right time for me and for this district,” Poore said.

Before he retires, Poore does have six weeks left but he shared that he is far from finished making his mark on the Little Rock community.

Iconic St. Scholastica building in Fort Smith to be demolished